When you book with an account, you will be able to track your payment status, track the confirmation and you can also rate the tour after you finished the tour.
Sign Up
11248 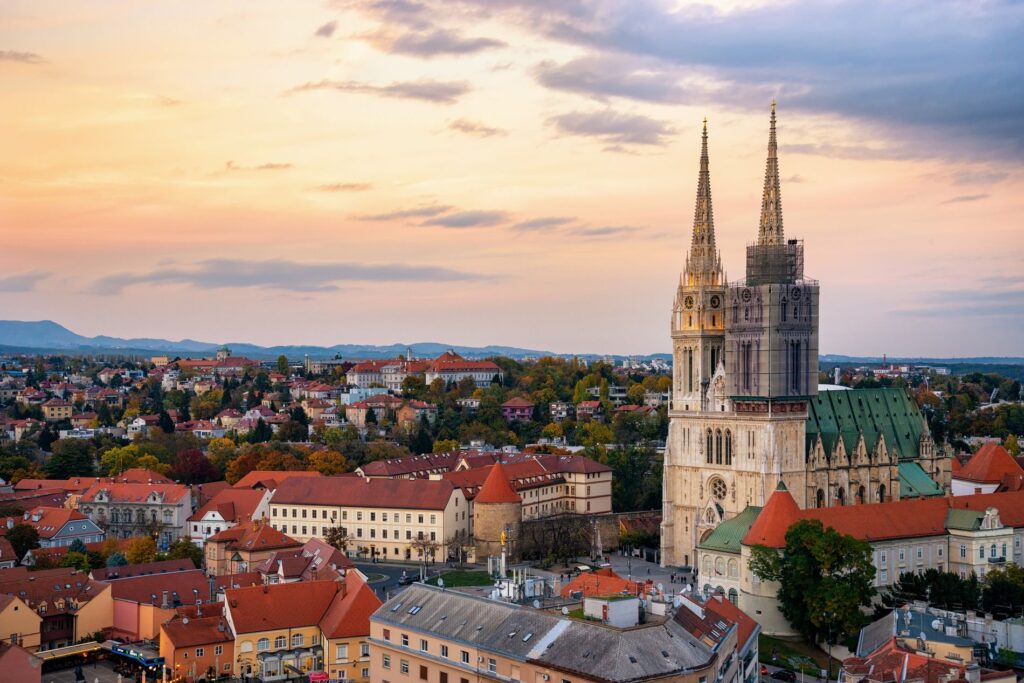 Experience the cultural flavour of Croatia, Bosnia and Herzegovina through this
8-Day Halal Trip package

Payment :-  Full payment is due at the time of booking.

If payment arrangements are required please contact us by phone or email.

Arrival to Zagreb, the capitol of Croatia. Nerida Oasis representative will welcome you at Airport Franjo Tuđman in Zagreb, transfer to hotel in Zagreb . In the afternoon you will enjoy a walking tour of Zagreb exploring with your guide the capital and the largest city in Croatia. The city with a rich history dating from the Roman times to the present dates. You will visit Upper Town and Lower Town Kaptol, also enjoy the famous Market Dolac, shops of souvenirs.
Zagreb

The city of Zagreb, capital of Croatia, on the historic and political threshold between East and West, illustrates both the continental and Mediterranean spirit of the nation it spearheads. Zagreb is the cultural, scientific, economic, political and administrative center of the Republic of Croatia, and is home to the Croatian Parliament, Government and President.
Zagreb enjoys a rich cultural life. Along with some 30 museums, a large number of galleries and many theatres, music and dance festivals all combine to make Zagreb a city of art.
Dinner in Zagreb Overnight, hotel in Zagreb.

Breakfast in hotel. Check out.
We continue our tour to the Adriatic sea, to Opatija.
On our way from Zagreb to Opatija we will stop in Fužine, famous touristic destination mountain village Fužine owe its development to very old and long tourist tradition (caravans, konaks/shelters), so Fužine classify as one of the oldest tourist spots in Kvarner , Croatia, even in the central Europe. There are few areas even in foreign countries, where beauty is laid before you as in a palm of the hand like it is in Fužine. The surroundings of Fužine are magnificent; it is a true alpine region. Encircled by high hills covered in evergreen woods, alpine flowers, beautiful Lake Bajer.

After arriving you will enjoy walking tour of Opatija.

Opatija, the pearl of of Croatian tourism with centuries-long spa tradition going as far back as the Austro-Hungarian Empire era, famous for its long seaside riviera.
One of the first cities in Croatia with organized tourism activities, Opatija is famous for its well groomed parks and gardens, long seaside promenades, picturesque villas from the Austro-Hungarian era, gorgeous beaches and mild weather, all attracting tourists to the city for well over two centuries.

After visiting Opatija we continue the tour to Rijeka the third largest city in Croatia and the country’s largest port.
Visit of Islamic Center in Rijeka which is concidered one of the most beautifull and interesting modern muslim religious centres in Europe. The architectural design is made by one of the most famous Architects in Croatia.

After Rijeka we will continue to Zagreb (Jastrebarsko). Overnight in Jastrebarsko.

National Park-Plitvice lakes National lakes -Plitvice lakes is considered the most beautiful national park in the world and it is under UNESCO protection. It consists of Upper and Lower lakes. Walk through the limestone canyon of the “Lower Lakes”, an electric-boat ride across the largest of the Plitvice lakes – Lake “Kozjak”, and also enjoy the panoramic train ride.

The combination of the water and green area will take your breath away. The most beautiful period to visit the National park is the spring and winter, but of course the Plitivice lakes is visited throughout the year.

After sightseeing of Plitvice lakes, you will proceed to Split.

After arriving to Split you will enjoy walking tour of the city.

Split is the 2.nd largest city in Croatia, in history centered on the Roman Palace of the Emperor Diocletian in 305 CE. Split lies on the on the eastern shore of the Adriatic Sea. With your guide you will visit the most interesting monument of Split – Palace of Diocletian and have a walk on promenade by sea-Riva.

Visit the Masjid in Split.

After arrival to Dubrovnik you will enjoy a walking tour of Dubrovnik.

Dubrovnik
Dubrovnik is The ‘Pearl of the Adriatic’, a Croatian city on the Adriatic Sea, in the region of Dalmatia, one of the most prominent tourist destinations in the Mediterranean Sea. Because of its rich historical monuments and heritage, restoration programme in Dubrovnik is co-ordinated by UNESCO.
You will see Rector Palace, Clock Tower and Orlando’s Columns.
Next you will see Franciscan Monastery with its 14th century pharmacy, which is still operating today.
Dubrovnik is one of the most known touristic destinations in the world, and also globaly popular as the site of making „Games of Thrones“, „Robin Hood“ and many other movies and serials.
Visit the Masjid in Dubrovnik.
Tour proceeds from Dubrovnik to Mostar (Bosnia and Herzegovina). You will have border crossing to Bosnia and Herzegovina.
Dinner in Mostar.
Overnight in Mostar.

Breakfast in hotel. Check out. Mostar

You will enjoy a walking tour of Mostar.

City Mostar is political, financial and cultural center of Hercegovina. Situated in beneath mountain Velez, Hum and Cabulja, in the valley of the river Neretva. Mostar was since centuries on the crossroad of civilizations and each one of them left a trace.

In Mostar you will find unique cultural-historical monuments, recognizable by the Old Bridge, which is one of the most beautiful buildings in this part of Europe; over 500 years old it is the only one of this type in the World with Old city centre directly leaned to the Old Bridge. That part of the city and Old Bridge are under protection of UNESCO.
You will continue your tour in Bosnia and Herzegovina.

Blagaj
Tour continue to Blagaj, where is one of the most mystical places in Bosnia and Herzegovina. We will visit TEKIJA (house/monastery) where you can try Bosnian coffee in a beautiful garden overlooking the River Buna source.
River Buna appears here after 19,5 kilometers long flow under the ground. This is the strongest source in Europe with 43000 litters in second.
In the afternoon you will continue your tour from Blagaj to Sarajevo, with included stop in Konjic.
After short stay in Konjic you will continue your tour to Sarajevo.

Arrival to Sarajevo.
Dinner in hotel .Overnight in Sarajevo

Vrelo Bosne You will visit famous touristic park Vrelo Bosne in Ilidza where is the spring of the river Bosna. It is one of the country’s top natural landmarks and is one of the most famous scenes of natural beauty in the region. The avenue itself contains traditional buildings from the Austro-Hungarian era offering a peek into the luxuries of the past.
You will enjoy a walking tour of Sarajevo.

Sarajevo
Being in Sarajevo is like a walk through the past. From the oriental Turkish quarters lined with sweet shops, cafes and handicraft workshops, to the administrative and cultural centre of Austro – Hungarian times. Sarajevo encompasses the very best of both worlds.

Dinner in hotel .Overnight in Sarajevo

Breakfast in hotel. Check out.

In the morning transfer from Sarajevo to Zagreb, with a couple of stops on the way. Here will be stop in Maglaj and time for shopping in the „Bingo“.

In the evening arrival to Zagreb. Visit the Islamic Center in Zagreb.
Also possibility for shopping in shopping mall Arena Center.
Dinner in the Restaurant of Islamic center
Overnight in Zagreb.

Breakfast and check out. Transfer from hotel to Zagreb airport . End of tour. 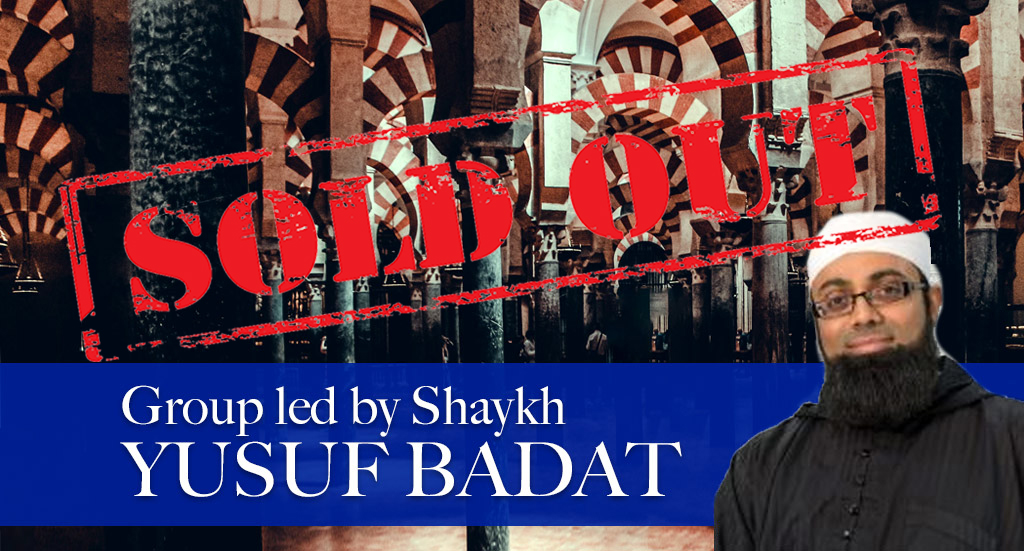 From$4,499
0
6 travellers are considering this tour right now!